Self Organization and the Welfare State
The global acceptance of austerity as a norm of contemporary society has led to the seemingly inevitable retreat of the welfare state. Even in Norway, one of the wealthiest countries in the world, there is growing consensus towards the adoption of austerity policies. This is not the result of any dire economic responsibilities, but in the name of productivity and flexibility in the competitive globalized economy. In a country with possibly the greatest economic and social equality in the world, the ease with which the pact of the welfare state is dismantled presents a worrying case for the values of Europe in the age of neoliberal capitalism.

Within the discipline of architecture and urbanism, the decline of the welfare state has led to the proliferation of approaches that attempt to bypass the traditional top-down institutions of the city in favour of self-organized systems of empowered individuals. From participatory planning and bottom up activism to the rise of digital infrastructure and the smart city, the new self-organized city does away with a process that appears too slow and too autocratic and replaces it with a narrative of flexibility, big data and the excitement of urban life. Driven by a constantly renewing set of urgencies (sustainability, urban migration, scarcity, ageing demographics…) architects have abandoned the socio-economic structures that once safeguarded the values of the welfare state for the rhetoric of adaptable self-organization. Though on the surface, the self-organized city appears more “democratic” as the manifestation of bottom-up decision making, its unmediated, spontaneous processes are the epitome of the neoliberal tendency that has spelled the demise of the welfare state. Left to its own devices, individualism and self interest renders the imbalanced economic, political and social circumstances, the natural condition of the city.

Utmark
With the decline of local industry and increased urban migration, Ørsta shares many of the challenges facing small towns and cities today. Caught between patterns of automobile-centric planning and big box development, small towns fail to foster the sense of community that once made them such compelling places to live. Perhaps more worryingly, any discussion of community within architecture and urbanism continues to revolve around an image of urban life filled with neighbourhood activities, street life, workshops, galleries and public markets. An understanding of urbanity that may seem convincing at the scale of the metropolis but unlikely for a town like Ørsta. The urban reality of a town with a population of 7,500 is radically different from one with a population of 500,000. The future development of Ørsta should not aim to simply grow bigger, but aim to foster a nuanced process of maturity, enhancing the qualities that make Ørsta a meaningful place to live.

Ørsta has suffered greatly from the suburban planning tendencies that have characterized its recent development. The addition of introverted large-scale retail developments has forever altered the realities of commerce and trading within the historic center. Small scale retail and commercial businesses continue to decline, unable to compete with the attraction and convenience of the nearby shopping centres. Though Vikegata remains a picturesque pedestrian street, the nostalgic yearning for pedestrian centric commercial areas as social meeting places, perhaps overshadows what actually makes small towns a meaningful alternative to the big city; the abundance and ease of access to nature. However, with the continued reliance on the automobile as the primary mode of transportation, the geographical sprawl of Ørsta has made access to open nature, once a vital part of everyday life, a novelty reserved for holidays and travel.

In Norway, the term Utmark defines the natural environment where the freedom to roam can be exercised. Typically uninhabited or uncultivated areas, the territory where this right can be accessed is fundamentally distinct from any understanding of public space. Utmark can be accessed by anyone, yet has no obligation to be productive as the “public” spaces of urban life, which inevitably have to reach a certain level of activity or excitement to be seen as a success. Utmark once applied to the shorelines and beaches and stipulated that no building could occur within 100 metres of the shore to allow free access to the sea. However, exemptions to this rule are frequently granted and in the case of Ørsta has transformed the waterfront from a place of truly universal access to a derelict space of private interest. This project proposes to use the future development of Ørsta’s waterfront as an explicit strategy for re-establishing the shoreline as a space where the freedom to roam can be exercised. The emptiness of the shoreline has no obligation to be productive, it can be used or forgotten, it can be full of activities or simply be left as the natural landscape for the residents of Ørsta. 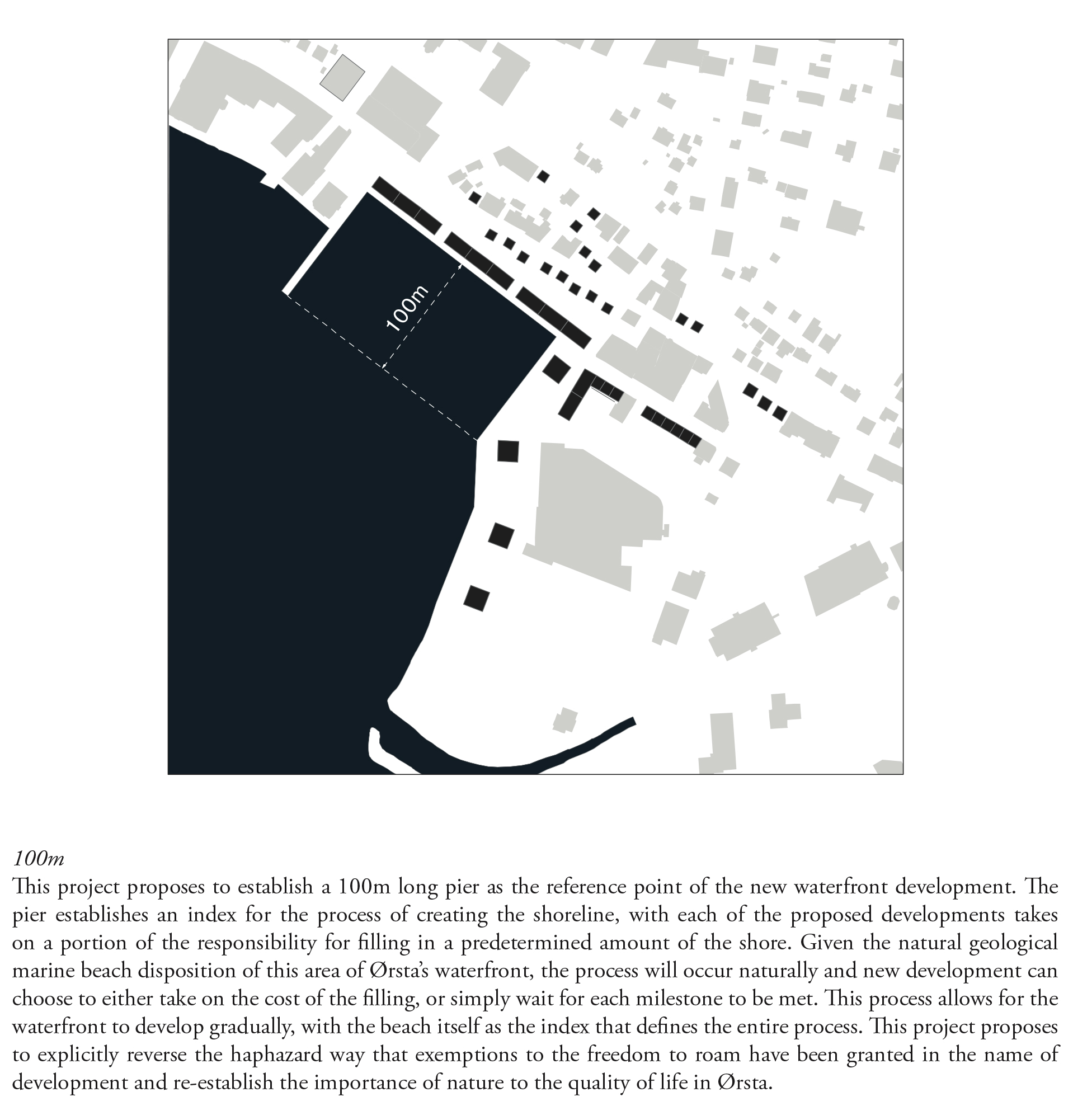 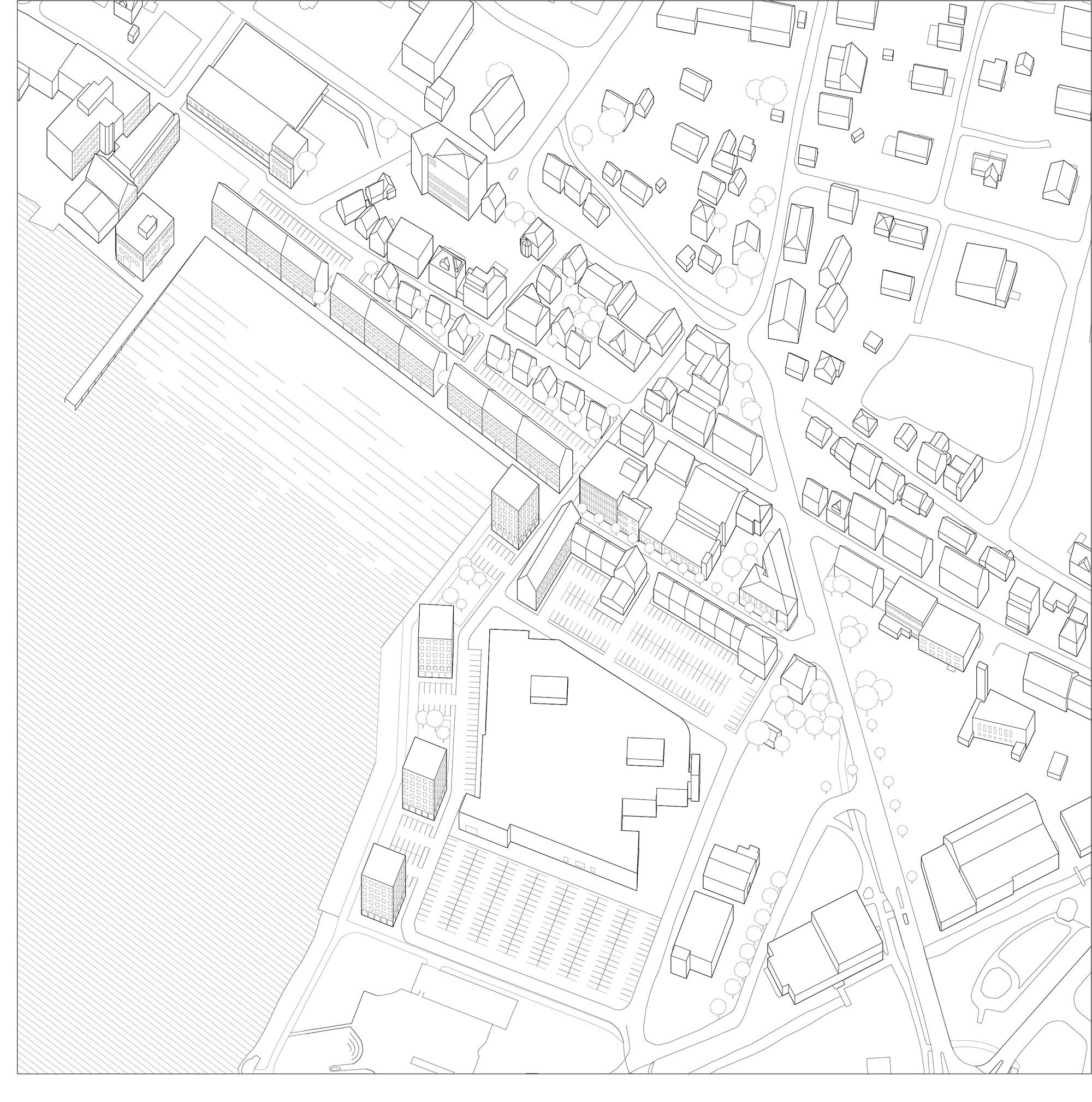 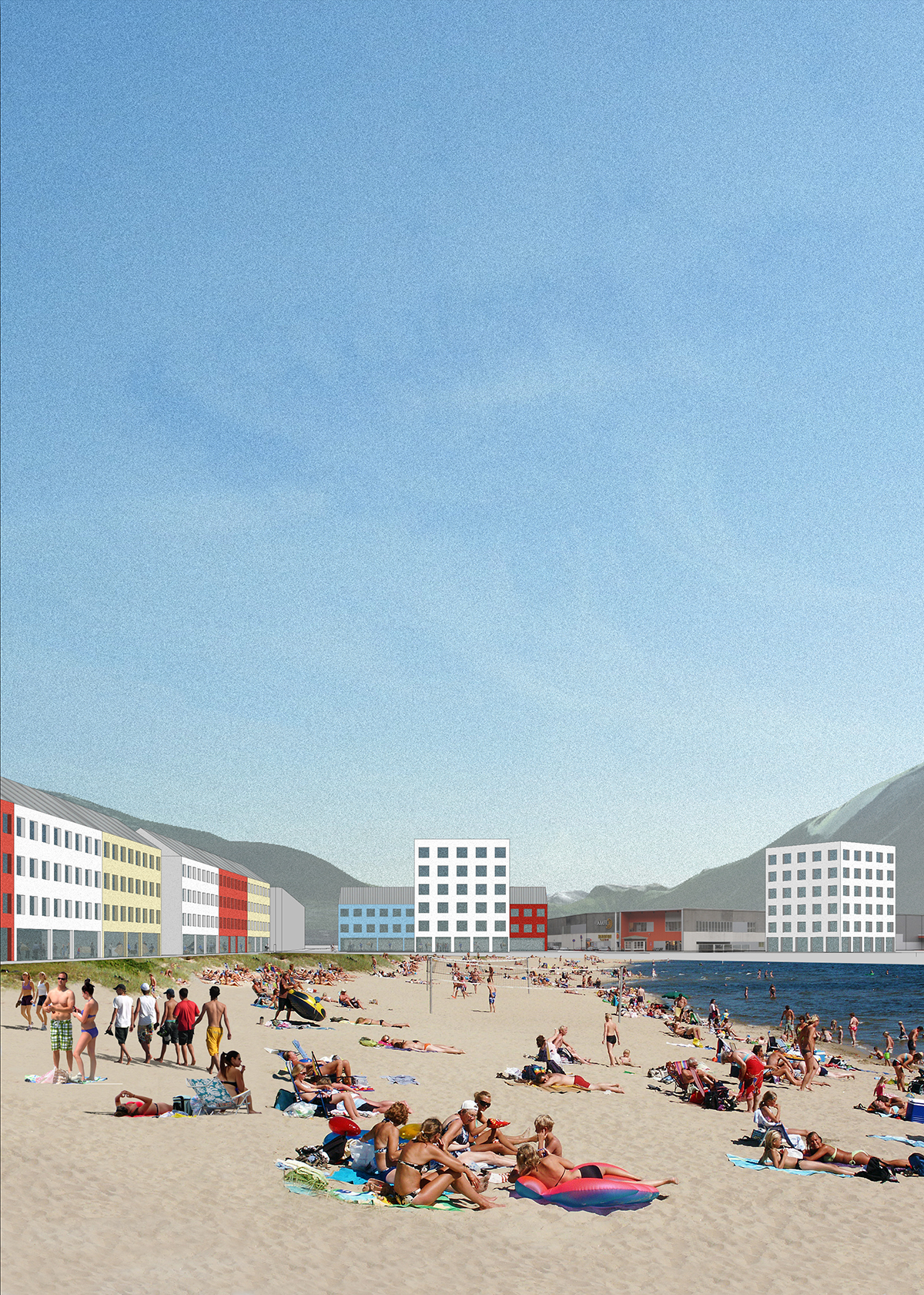 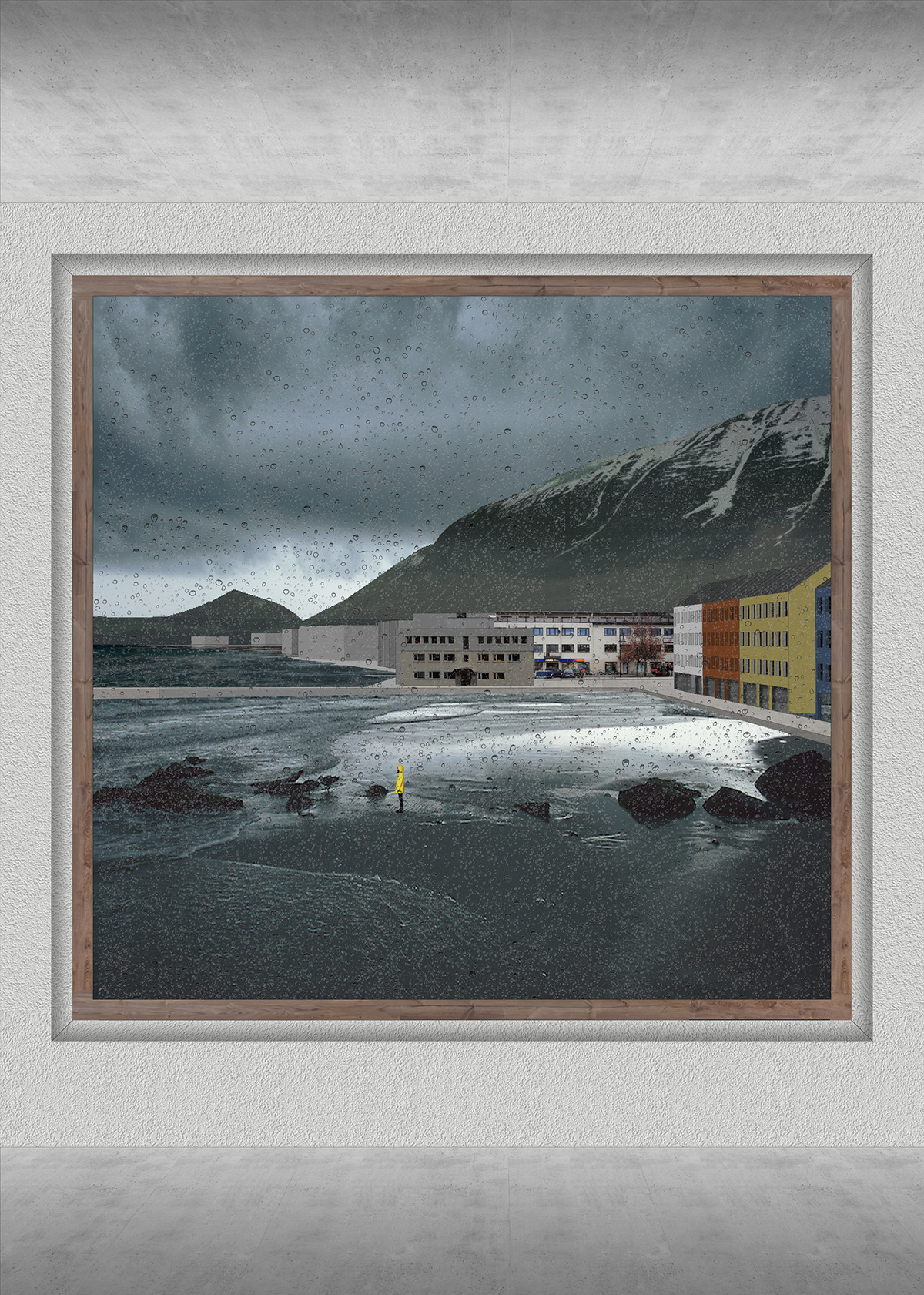