The location of the project site emphasizes the twin fortunes of the urban and suburban. While today we value urban space, for its intensity, liveliness and vibrancy of activity, the suburban is portrayed as an agglomeration of leftovers - private interests that do not form a cohesive whole. The suburban appears as the ugly sister of the urban, over-scaled, car-oriented, and devoid of the ‘urban’ life that has come to be so valuable today. Yet this myth of this urban/suburban dichotomy is relatively recent. At the turn of the 20th century, the suburban was celebrated over the urban, promising space, clean air and freedom from the cramped chaos of urban life. As we enter the second decade of the 21st century, the twin fortunes of the urban suburban divide once again call for reconsideration. The celebration of urban life, expounded by critics, designers, and politicians alike has produced a surprisingly homogenous image of the city. Filled with street side cafes, boutique shops, pedestrian boulevards, lively is good. Yet not every city should or does need to be New York, or Paris to flourish. We need an idea of the city that lies beyond the urban.

Given the predominance of tourism as an economic sector in the Villach region, there is an understandable push to incentivize development of hotels and high end housing used for short term rentals. The celebration of the ‘old town’ area of Villach is a byproduct of this. The dense, historic streets stand as a symbol of some form of authenticity. Yet while the narrow floor plates and urban block structures of the old town, have promoted a vibrant streetscape, the use of the typology is limited to small scale retail, cafes and restaurants. Larger enterprises, and productive activities that require large cohesive spaces, and logistical circulation are thus pushed into the suburban areas. This project proposes to bring together the typology of the urban block, with the anonymous ‘big box’ that characterizes the suburban periphery. The compact urban block contains ground floor retail space and housing on top, completing the edge of the urban street front. The edge is punctuated with thresholds, opening onto courtyard spaces defined by the large footprint of the big boxes. The project aims to collide the two typologies, introducing new programmatic possibilities. 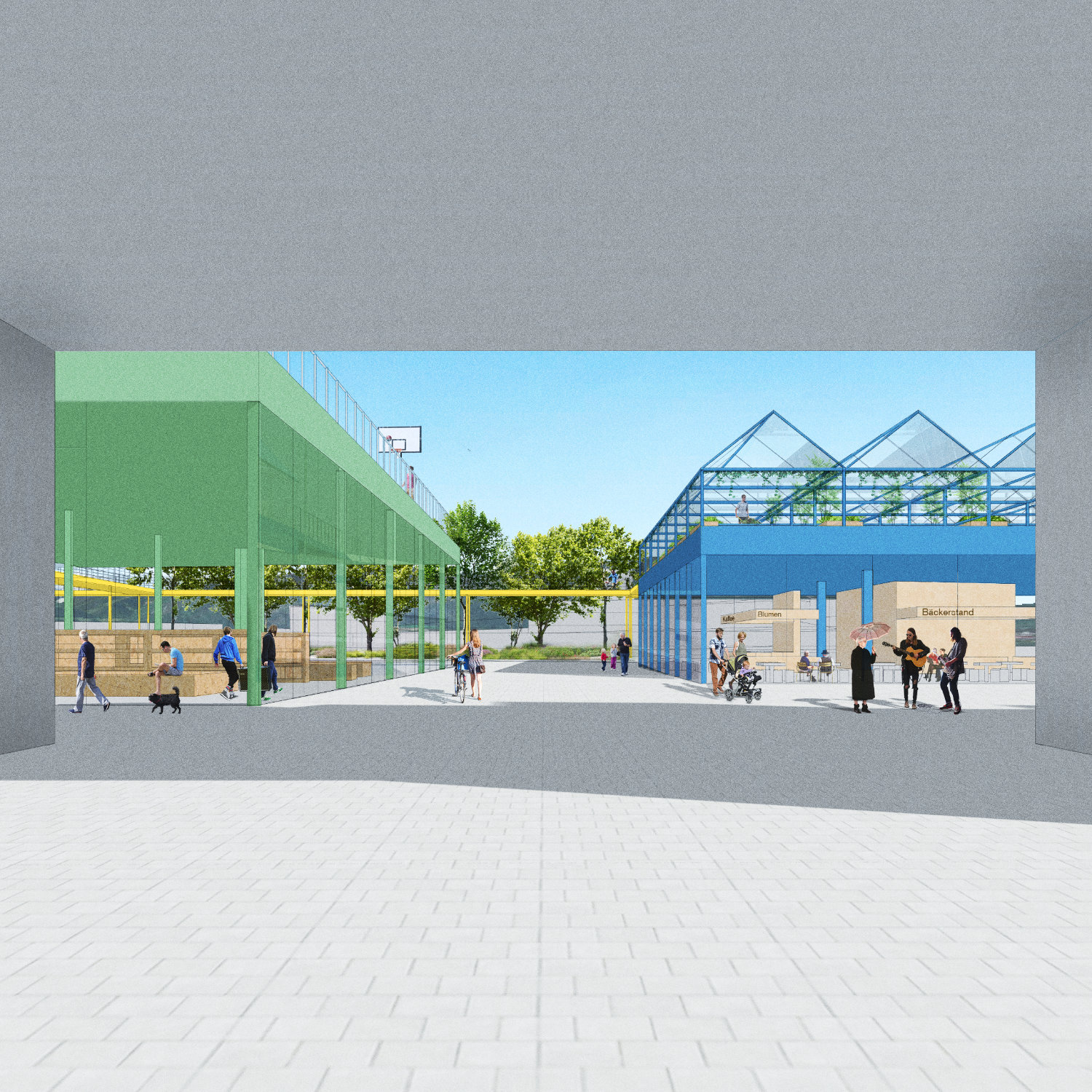 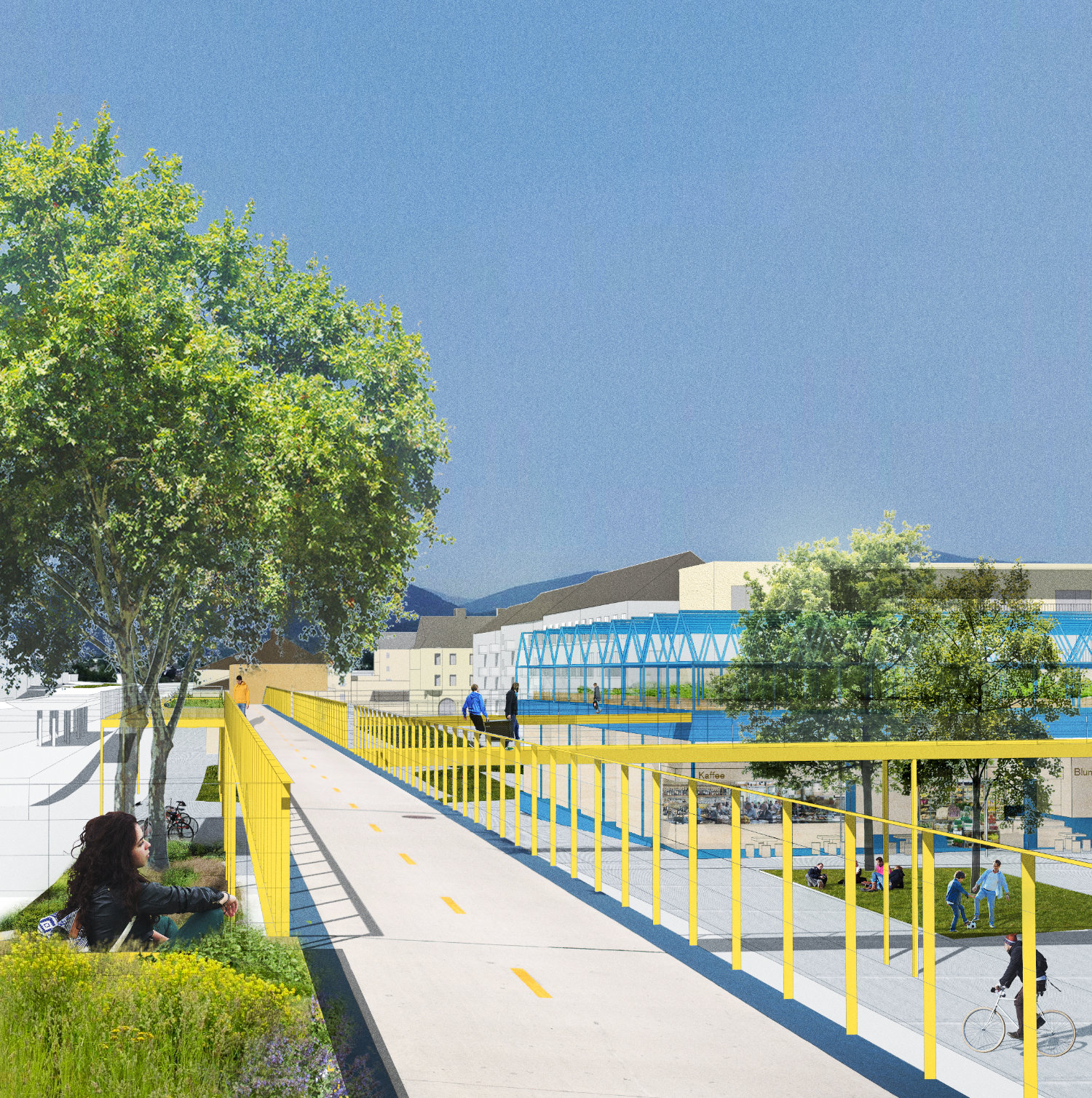 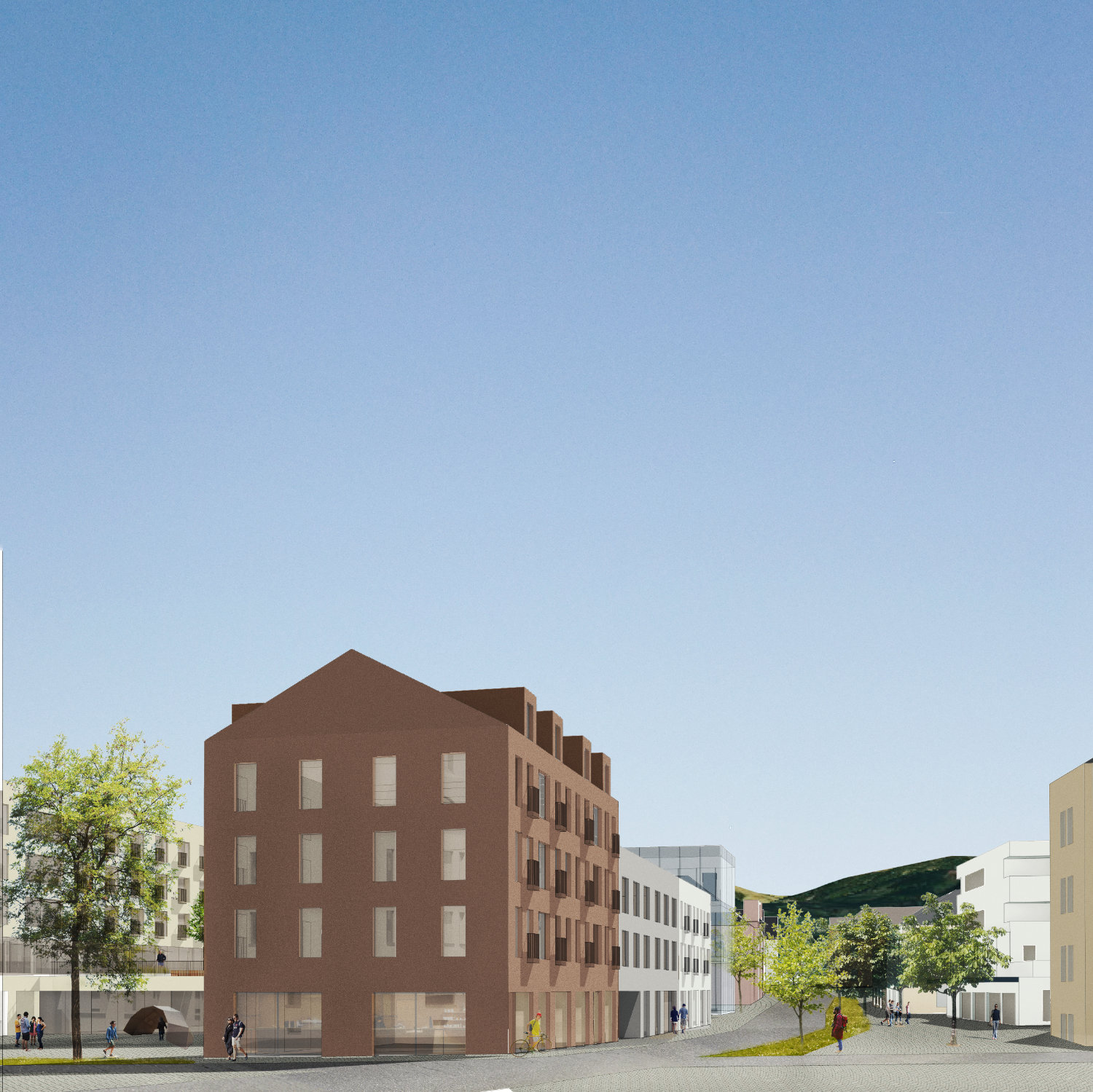 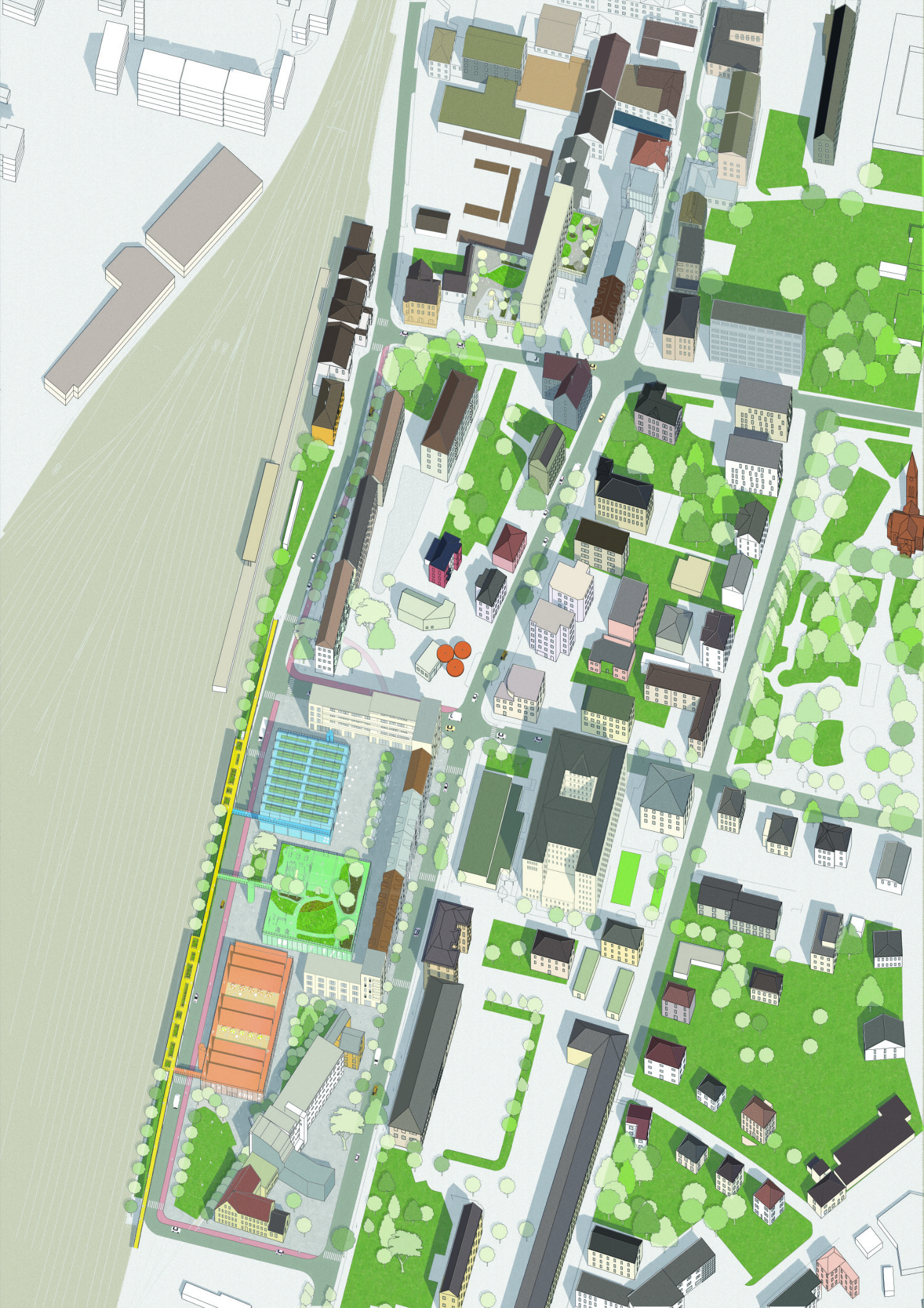