Where has the labour gone?
In recent years, there have been growing appeals to ‘bring back jobs’ as traditional manufacturing moves overseas in the pursuit of cheaper labour. As Western economies transition to increasingly immaterial modes of production, domestic migration continues to concentrate around major urban centres, leaving smaller towns and cities to face an increasingly uncertain future. The return to the ‘Productive City’ then, takes on a distinctly political urgency for these cities as they find it increasingly difficult to compete with the intensity of networks, jobs and social connectivity required in the Post Fordist economy. Yet the nostalgic return to, or a prolonging of the productive as simply ‘making things’ appears to occur when the return of domestic manufacturing appears increasingly unlikely, with smooth global supply chains opening up new pools of surplus labour around the globe.

As Trelleborg transitions from a Port City into a Coastal City, the question of the productive cannot simply be a prolonging of an industrial past, but an attempt to define new vision for the future. For Trelleborg to be a vibrant and flourishing community it must ensure access to the opportunity to pursue meaningful work. As such, we believe to reconsider the ‘productive’ in Trelleborg today necessitates a move beyond the consideration of production through new zoning or building typologies, but to address the relationship between capital and labour as manifest in the city itself.

Pioneers
The proposed project site, Sjöstaden is vast, and the timescale for development is long. Both of these factors will weigh heavily on future development in the area as it faces a ‘chicken or egg’ predicament. Without sufficient capital investment, the site will be barren. Yet at the same time, it is difficult to attract capital investment without a critical mass of urban activity in the area. This project proposes to address the Europan theme of Productive City, and the acute challenges of future development, by reconsidering the role of architecture, capital and labour in the production of the city with a new model for urban development: Pioneers.

Pioneers is a model that aims to privilege the role of labour, over the role of capital in the production of the city. While traditional development centres around making areas attractive for capital investment, Pioneers is a model that seeks to develop partnerships with future residents in a process of collective building. In the first phase, 300 households - 10% of the projected inhabitants will ‘colonize’ the project site. Scattered like confetti the pioneers establish a point grid across the site, establishing structure and intensities that become the ‘clues’ for future development of the city. Each household constructs a 64m2 pioneer home, using a precise wood building technique that is easy to construct, robust, and adaptable over time.

The architecture aims to supplant the role of capital in the coordination of labour, by utilizing existing manufacturing facilities on the site, and minimizing the reliance on specialized expertise or building products to create a public process of building that is highly accessible. By reconsidering the production of housing, Trelleborg can utilize the traditional assets of the city - access to land, in a way that engages directly with the public. A public - public partnership that establishes a community with a vested interest in the future of Trelleborg as a place to live.

In exchange for their labour, the pioneers are granted living rights to their allocated plots, while ownership of the land is retained by the city. As real estate prices continue to far outgrow consumer spending in Sweden, the pioneering process then becomes a powerful instrument in attracting future inhabitants to Trelleborg, making future development more attractive. The pioneers embed a productive ethos into the very fabric of Trelleborg, with the security and freedom to establish new entrepreneurial ventures or pursue cultural and social initiatives. Labour is directed to the pursuit of meaningful work, and not only as a way to earn a living. As the prospect of full automation appears to draw ever nearer, perhaps the Productive City of the Post Fordist era is not a return to labouring on the production line, but one where we may never have to at all. 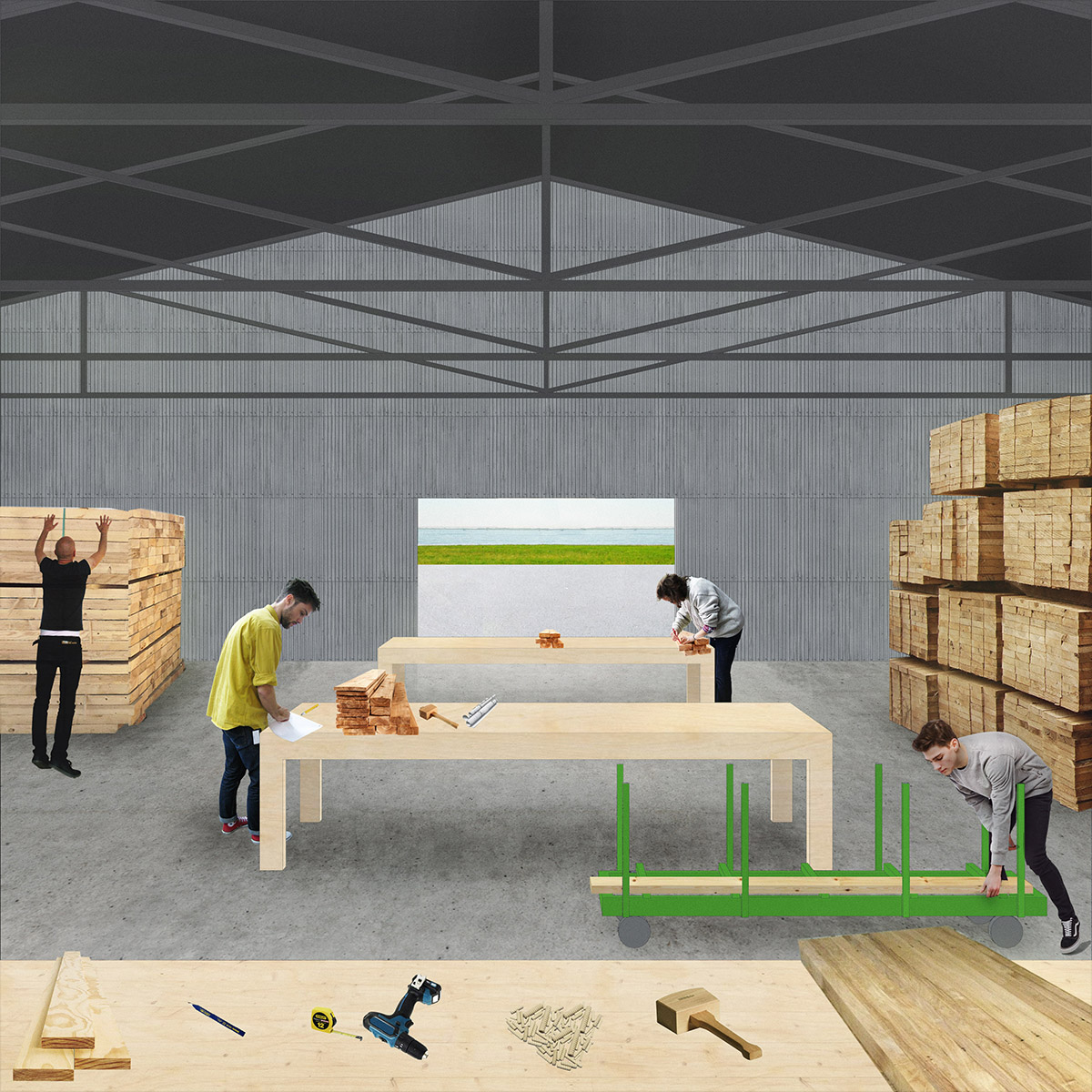 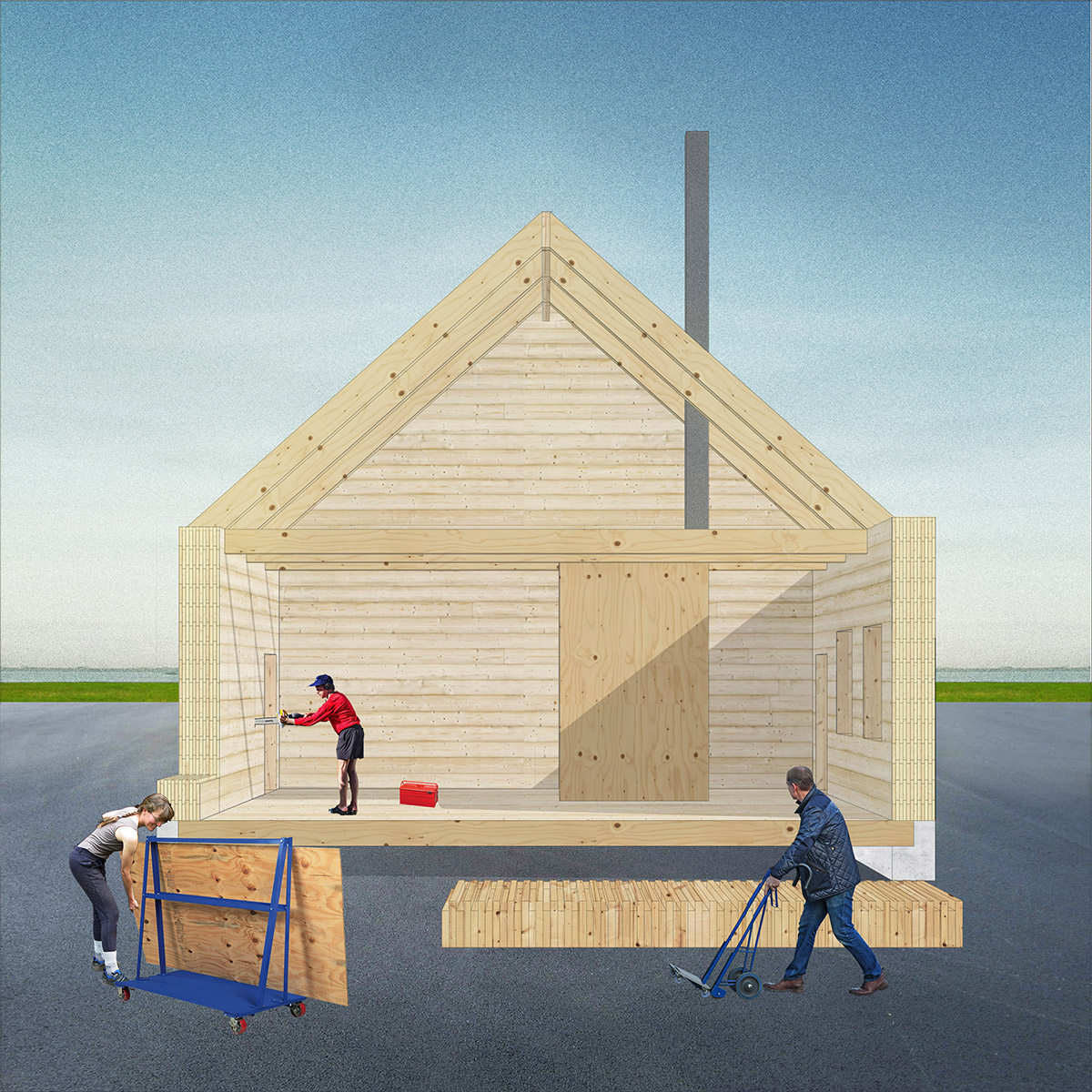 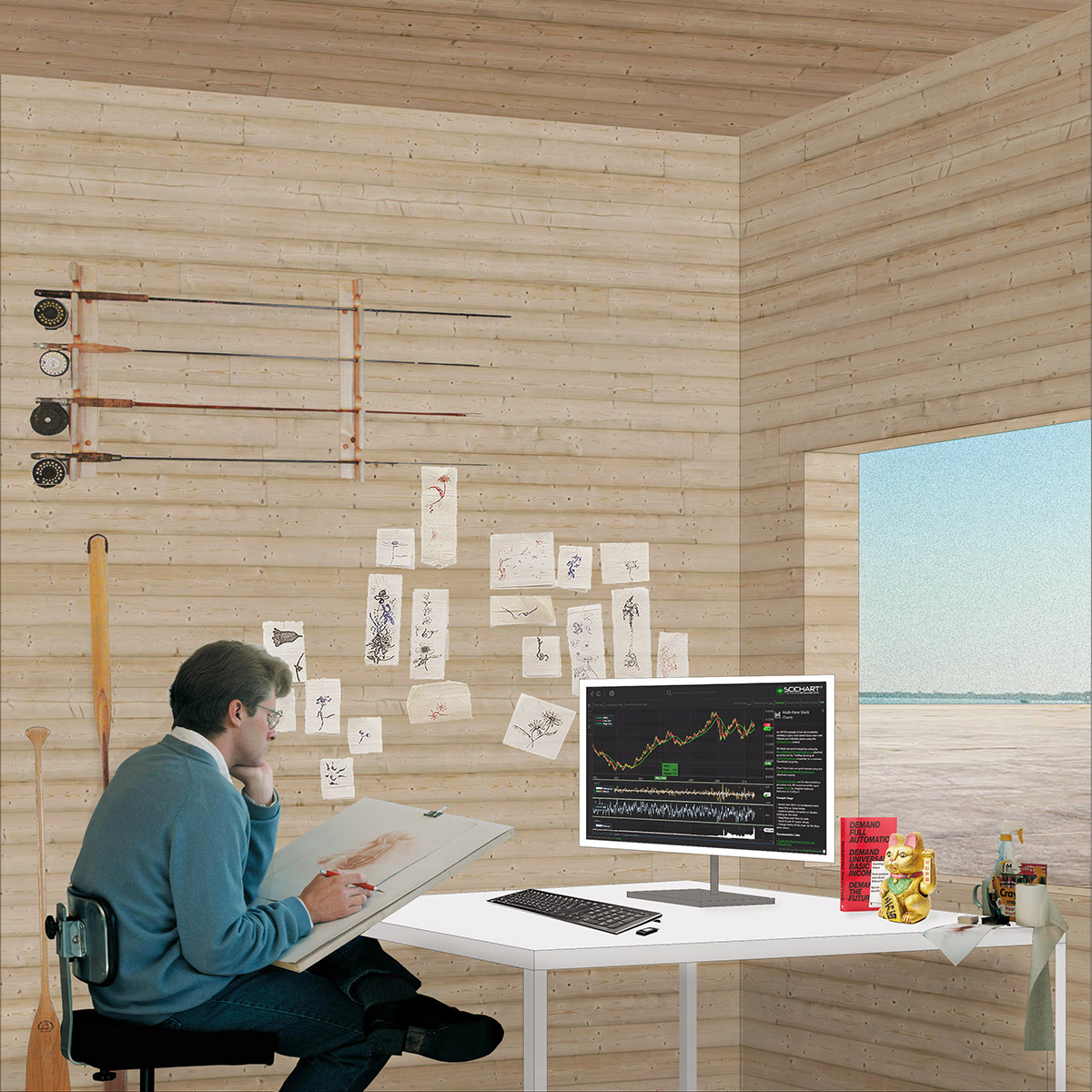 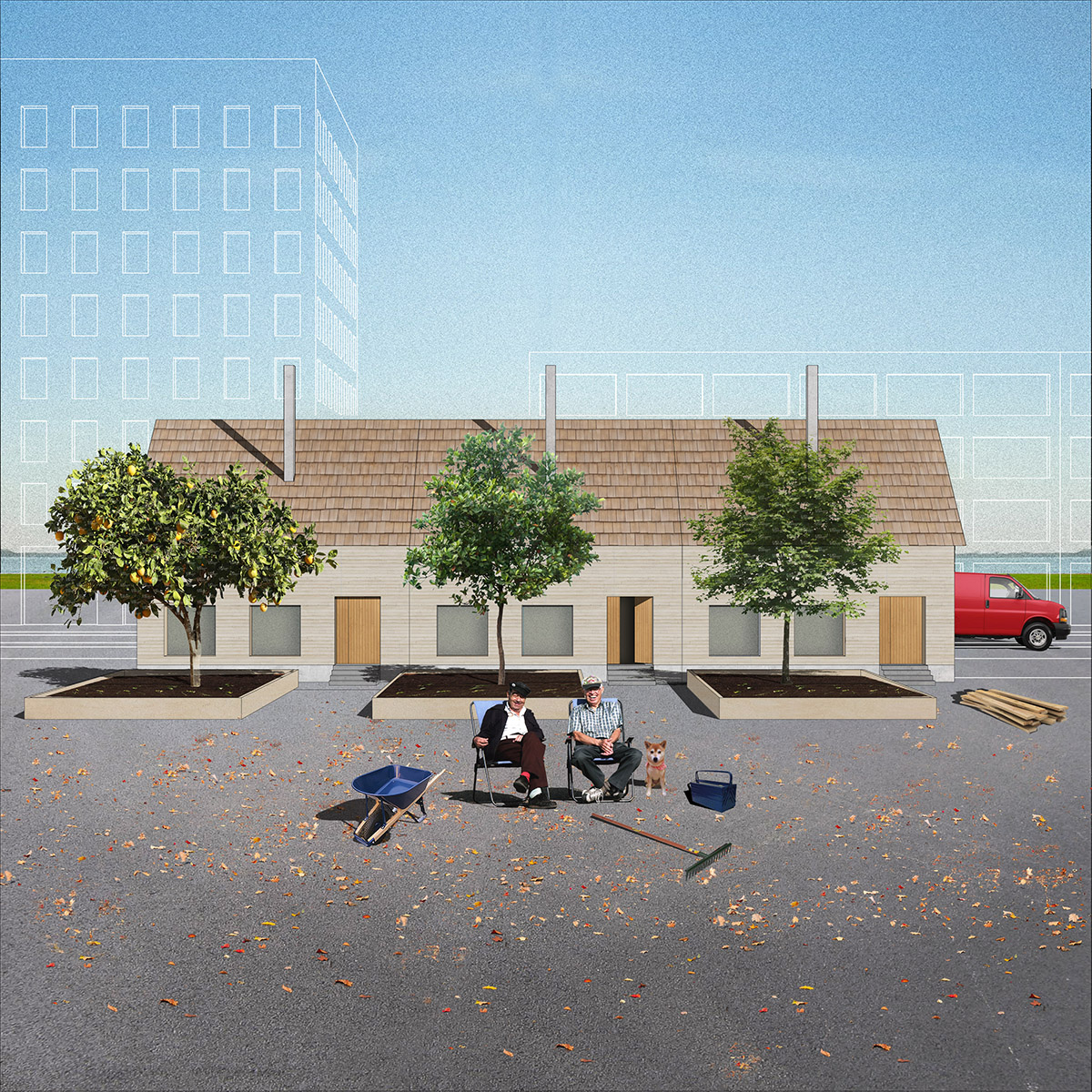 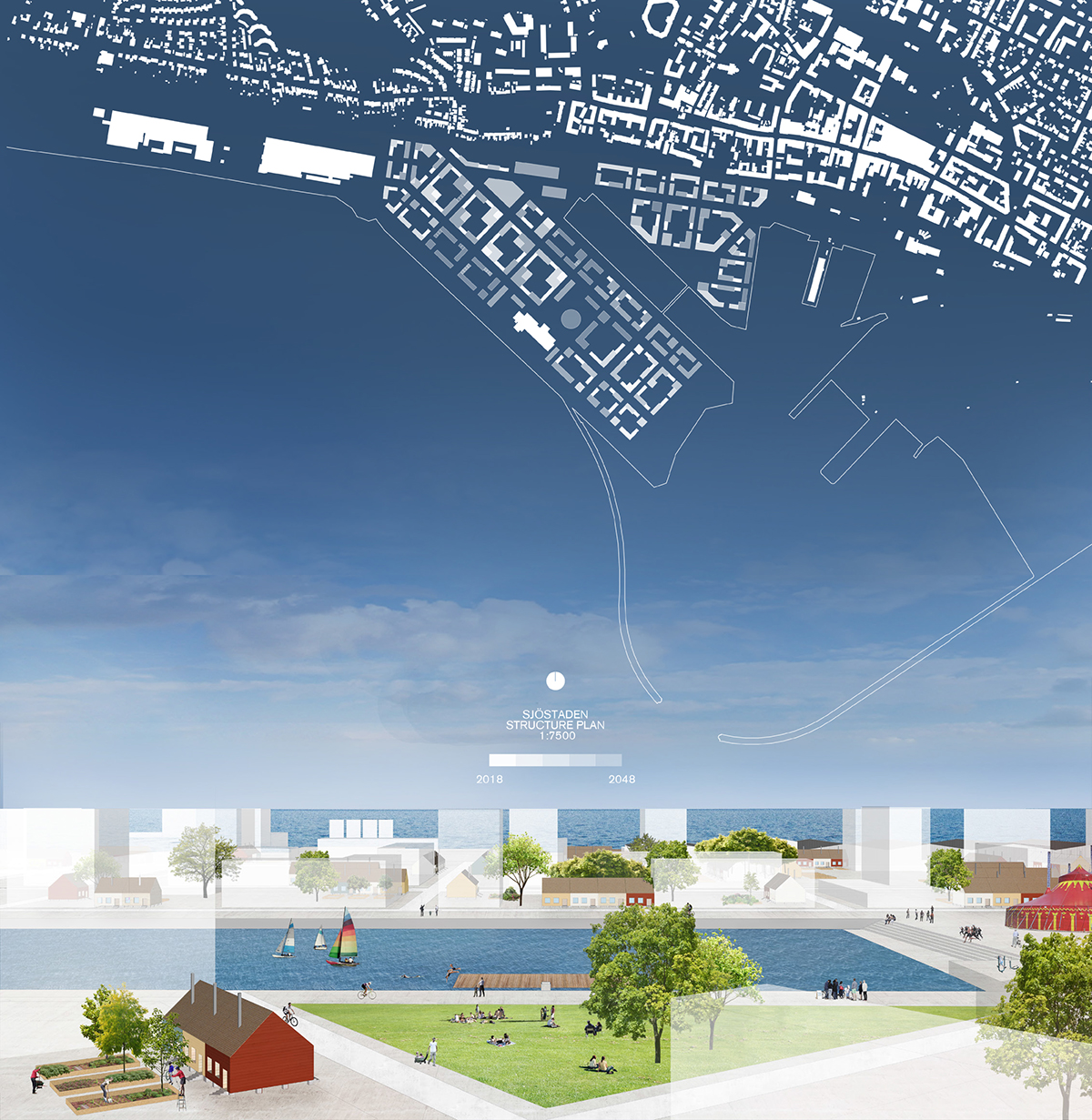