The dichotomy between nature and the urban serves as one of the defining characteristics of the city. Today, we face great pressure to bridge the nature/urban divide, but to render the processes of the city as simply ‘natural’ also risks the naturalisation of social life—that we avoid the economic and political forces at work in the construction of the city.

This project proposes the garden as the green typology of the Living City. The garden serves as a distinct green/blue infrastructure of the city, one that stands in contrast to the nature of its surroundings. The German iteration of the historic Garden City movement proposed allotment gardens in proximity to residential quarters within the boundaries of the city, however these gardens remained excluded and private, serving as fenced off extensions of the private home, or spaces with exclusive rights of use (Schrebergarten). Though the garden city was proposed in response to the overcrowding of industrializing cities in the 18th century, it would later become the basis for suburban development. The garden with it’s access to greenery and air was in effect a privatized extension of the home. We propose to revisit the thesis of the Garden City, and reverse it, so that the shared garden becomes it’s premise. The garden, not as a type of city, but the city as a type of garden — the City Garden.

As Ettlingen grows in relation to Karlsruhe, it becomes vital that it is not only a residential area absorbed by the expanding cycles of property development. The project site, with its mix of infrastructure, working and residential programmes, can establish Ettlingen as a Post-Commuter city, one with its own distinct forms of living. Public spaces become vital to this experience, and City Garden is structured around a series of public gardens that serve as the interface between living and working typologies. These large public gardens become the index of development, embedding shared common spaces into the fabric of the project.

The unique challenges posed by the site are addressed through a series of plinth and slab volumes that alternate to create both raised and ground level gardens. The ground level gardens allow for deep planting such as large trees and orchards, while the roof gardens provide sheltered recreational areas that are separated from vehicle traffic. The plinths become economically feasible ways of adding to the green infrastructure of the project, as they are indexed to defined building areas. The large open spans required by the tram and bus depot, new production facilities and parking are addressed in the ground level plinth. While the roof gardens provide improved microclimate and views to the offices and residential spaces above. The upper level building volumes are highly multifunctional due to the narrow depth of the building volume, access to open air, and proximity to green spaces, allowing AVG to flexibly accommodate workers on site.

The post-commuter city is one that is defined not just by the quest for cheaper land, but one that embraces the possibility this brings. To introduce a diversity of ways of living and working that are not possible with the economic pressures of the inner city. The project continues the thematic trajectory of Europan from the Productive City to the Living City, not just to address productive or economic parameters, but to once again take on the task of architecture to propose a life worth living. 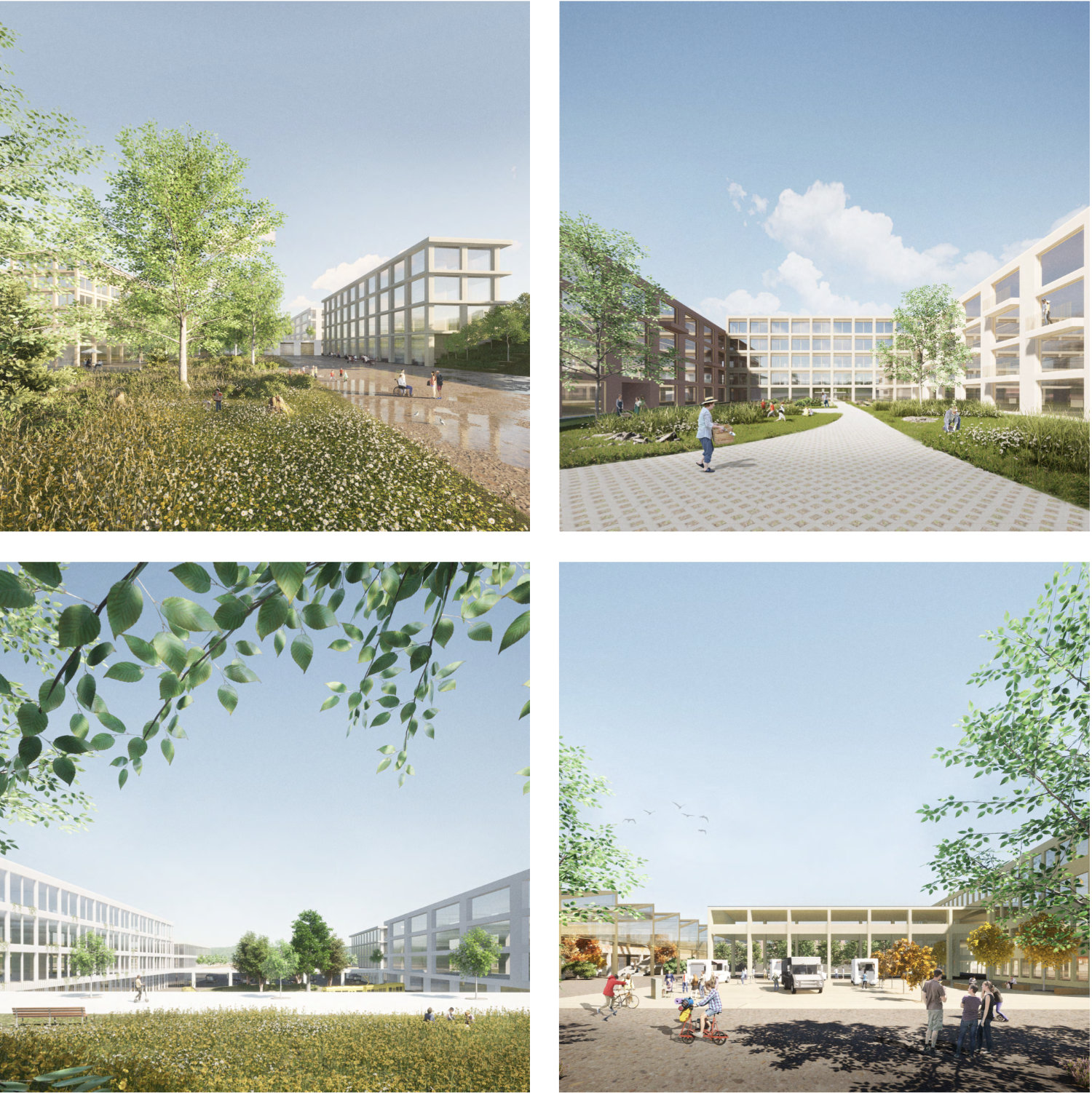