As urban migration continues to concentrate in major metropolitan areas, real estate appreciation further heightens the divide between opportunities for work and the cost of living. The urban threat of the commuter suburb is once again becoming a very real possibility. As Klagenfurt is embedded into new mobility networks it is offered a distinct opportunity to reimagine the future of the European mid-sized city. With its strong educational network and existing resources, Klagenfurt can situate itself as a post-commuter city, one that like historic cities of the past, becomes significant as a node along major trading routes for resting, working and meeting.

Campus aims to create a porous network of public realms that opens up the traditionally closed structure of the city block while following the compact scale of the historic city centre. The project introduces a specific architectural device, the cloistered garden that establishes an urban form of overlapping, learning, working and living typologies. Drawing on the contemplative tradition of monasteries, and its contemporary manifestation as the campus quadrangle, the cloistered garden creates a specific social constituency defined by learning. We propose the garden as the defining typology of the Living City, one that resists the tendency to naturalize urban growth, and establishes an index of shared spaces for future development. The city garden is a distinctly urban typology that operates both as a public realm and introduces green/blue infrastructure to the site.

The uniform form of the garden establishes a core around which different typologies are grouped, creating recesses and public spaces around the block which can be entered. The cloister performs as a parallel public corridor that transforms courtyards into public ‘rooms’ around which different ground floor programmes can be organized. Offices with shared canteens, and co-working spaces, residential buildings with gyms or bicycle workshops, multifunctional buildings with exhibition and event spaces. These semi-public functions are brought together and opened to the public through the cloister, creating new possibilities for sharing.

The existing bus depot is preserved as a unique community hall, with spaces for temporary working and retail functions as a further activating agent on the site. Arranged throughout the site are Entwicklungsflächen pop up spaces providing small businesses or creative ventures with affordable rental spaces. Establishing a mix of small scale and larger scale multifunctional spaces available for rent increases diversity on the ground level. The mix of shared public programmes, new living and working spaces, allows Klagenfurt to provide unique opportunities as a node for meeting and working, but also new forms of support for young workers and enterprises. A city life built not solely on the relentless calculus of economic competition, but for a city of shared knowledge and care. For a life worth living. 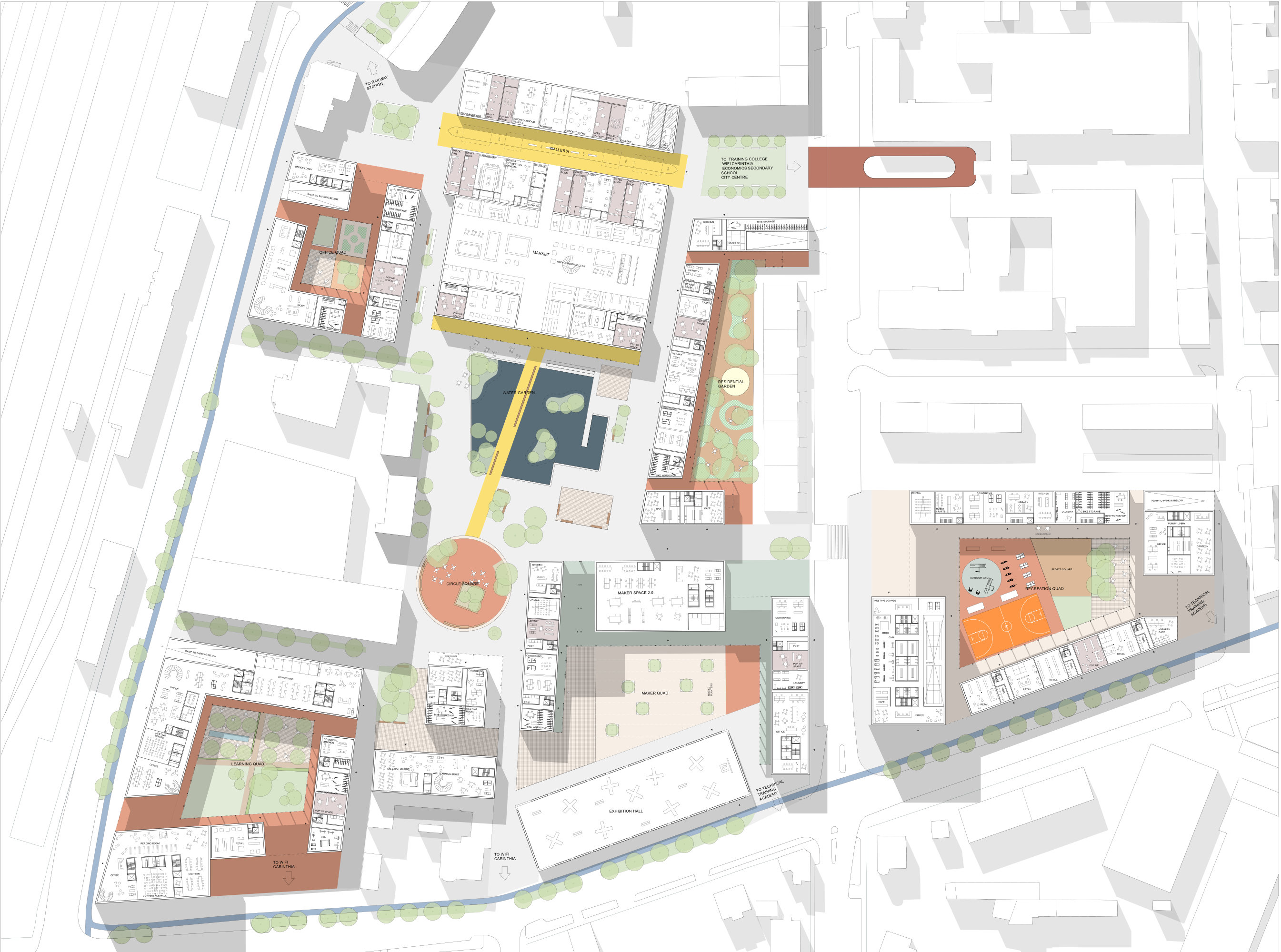 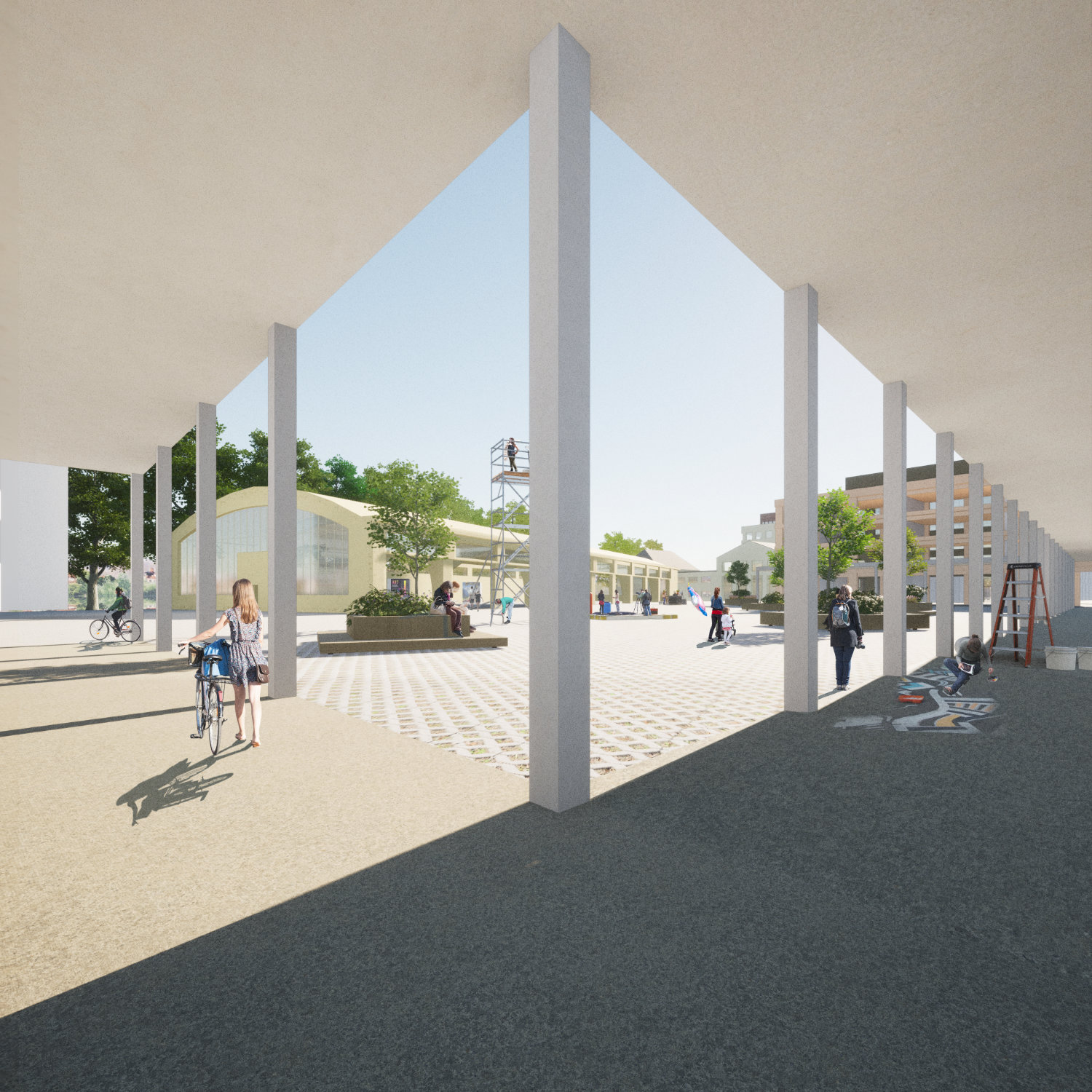 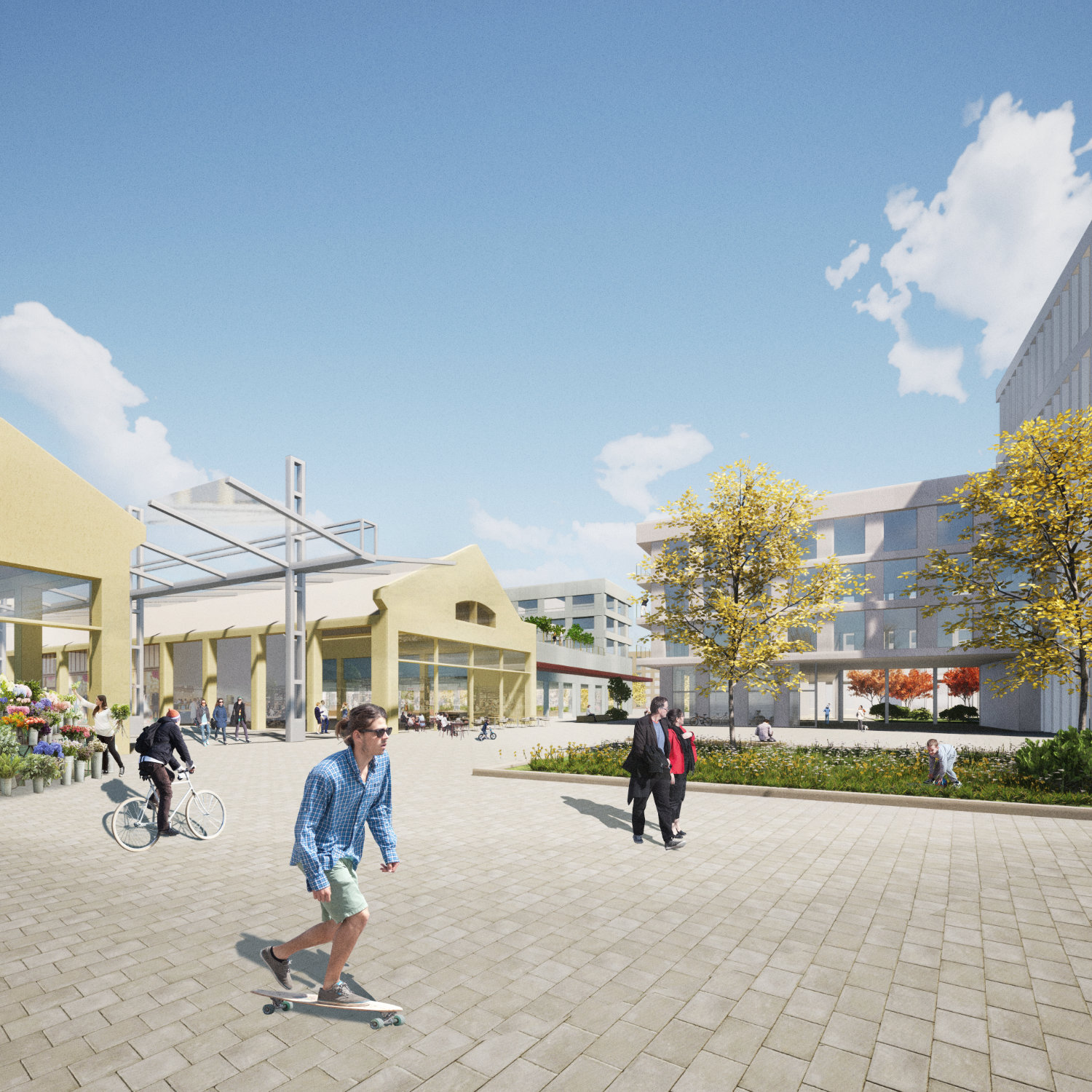 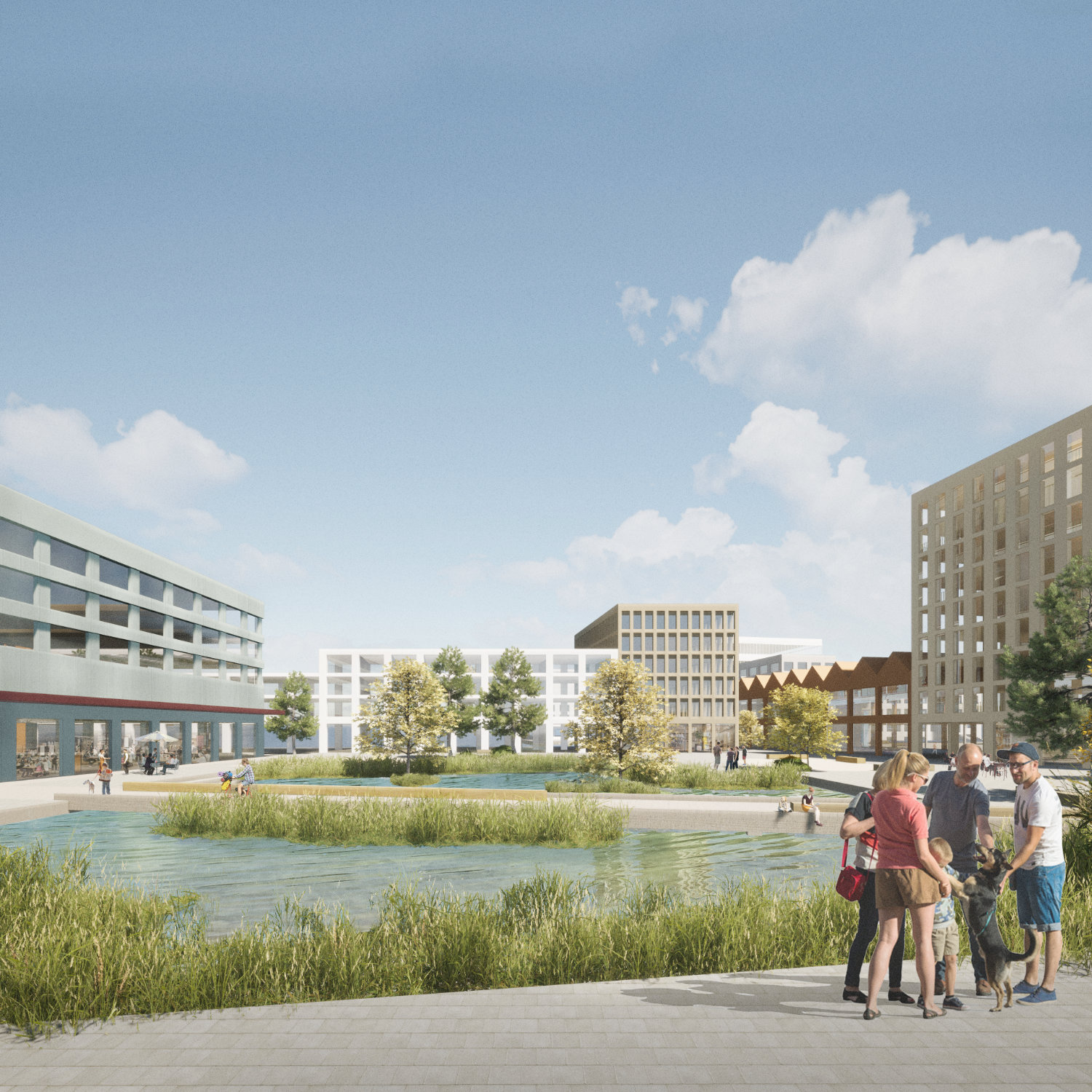